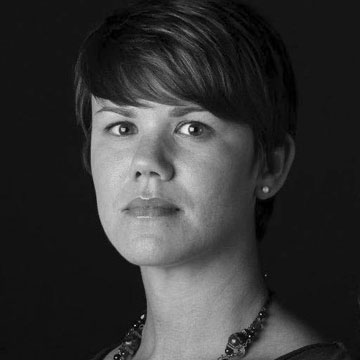 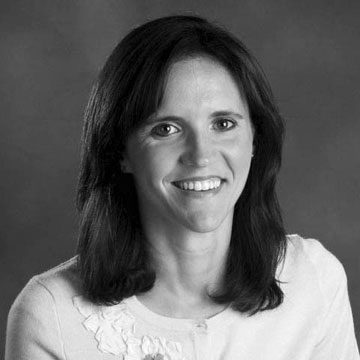 CLEVELAND, Ohio—It’s been a decade since the city of Rochester, New York, committed to tackling its lead poisoning problem head on. No longer would children in the city act as lead detectors, poisoned at a rate 10 times the national average, local leaders vowed.

What resulted was a set of lead poisoning prevention laws heralded by experts in the field as the “smartest” in the nation and a more than 80 percent drop in the number of children with high lead levels. It’s a change leaders believe is sustainable.

Last year in New York’s Monroe County, where Rochester is the county seat, 4 percent of children who were screened for lead had 5 micrograms of the toxin per deciliter of blood, the threshold currently set by the Centers for Disease Control and Prevention. In Cuyahoga County last year that percentage was more than double, at 11.5 percent of children screened.

What separates Rochester’s approach from other cities fighting childhood lead poisoning is simple: The city decided to start looking for lead in rental homes rather than waiting to act until a child had already been poisoned.

Rochester’s laws weren’t revolutionary, though. For the most part, the city amended its existing housing laws to target lead hazards and strengthened housing code enforcement in areas where kids were likely to be poisoned.

For decades, public health officials have understood that if houses are safe and free from lead hazards, children won’t be poisoned.

The U.S. Department of Housing and Urban Development (HUD) has long encouraged cities to enforce housing codes as a way to prevent lead poisoning.

The agency, which supplies much of the grant money for lead-based paint clean up across the country, says its mission is truly prevention. In an interview this summer, an agency official said HUD’s statutory mission regarding lead poisoning is to target the housing that’s likely to poison children.

“The only way to really address this problem is to address the housing itself,” the agency told The Plain Dealer.

City code enforcers play a key role in identifying the housing that is most likely to pose a hazard to kids, both now and in the future. HUD officials have advised cities receiving grant money for lead clean up that code enforcement could better help to pinpoint individual properties containing lead hazards as well high-risk hot spots for lead poisoning.

“By failing to focus directly on lead hazards, code enforcers lose numerous additional opportunities to prevent children from being poisoned,” read a 2002 HUD primer on the strategy.

Officials also determined, based on volumes of research compiled from across the country, that preventing lead poisoning actually saved money.

Change of course in Rochester

The mounting evidence supporting prevention was a part of what former Rochester Councilman Wade Norwood called a “tidal wave of facts” that eventually prompted the unanimous passage of the city’s lead ordinance in 2005.

“There was a moral, scientific and community imperative that the ordinance passed,” Norwood said. You had to be willfully ignorant or stubbornly resistant to truth to oppose the ordinance, he said.

There were concerns about the new laws, particularly among the city’s landlords.

Gary Kirkmire, who leads Rochester’s inspection and compliance efforts, said one of the biggest hurdles was the sense that forcing inspections would upset the rental market and overburden landlords.

“The unknown is scary to people. It was scary to us,” said Kirkmire, director of inspection and compliance for the city. After the lead inspections began, he said, most landlords adapted.

“Some people got out of the business but, frankly, some should have,” he said.

Others objected that it would be too expensive, potentially costing the city more than $1 million a year to perform the additional inspections.

Kirkmire said it took significant dedication, but Rochester hired a few more inspectors and cross-trained building and housing inspectors to be able to assess lead hazards.

The city also decided rather than complete total lead-risk assessments, which can take four or more hours, that it would prioritize inspection efforts toward the types of properties they knew were at highest risk: rental properties with deteriorating paint and surrounding bare soil.

Inspectors started with aging homes in poor areas where lead poisoning was prevalent.

It took several years to work through the city’s roughly 60,000 pre-1970s rental units, Kirkmire said. But it now costs about $696,000 each year to fund its program. The city pays for a little more than half of that, and the rest is picked up by a state prevention grant.

That pays for the visual inspections and 2,800 to 3,000 lab tests for lead taken from floors, window sills and other areas inside homes that contain dust which could be easily touched or inhaled by children.

Kirkmire said the city has also honed the program by studying the data it collects. One change that saved time: after finding that more than 90 percent of lead hazards were showing up in single and double rental units, the city amended its ordinance so that inspectors no longer had to inspect properties with more units.

The city was also able to cut in half the amount of time it took to reinspect rental units where lead had been addressed but not removed entirely, from six to three years.

Kirkmire said that other cities can also bite off small pieces of the problem at first.

“You don’t have to dive in citywide,” he said. “In our city initially we deployed in the highest of the high-risk areas.”

Now, those high-risk areas are smaller, he said.

In the past, Cleveland and Cuyahoga County have tried small projects that inspected homes and offered education and low-cost lead control methods, like rugs and cleaning supplies, in homes where expectant mothers and new babies live. But the grant-funded effort, which showed initial promise, ended when the money ran out.

Currently, the Cleveland Department of Public Health, the MetroHealth System, and the non-profit Environmental Health Watch are partnering on a new effort, called BUILD, which calls for a more cooperative, holistic approach to ensure homes are healthy.

It’s being piloted in a West Side neighborhood with a high percentage of lead and other housing-related health problems.

The program’s goal, proponents say, is to create a sustainable strategy to prevent families and children from being sickened or poisoned by their homes.

Whether that will last beyond its $250,000 grant remains to be seen.