What Kind of Impact Can Solutions Journalism Have?

By focusing on what’s working, solutions-oriented stories can reframe problems in a way that sparks new thinking among policymakers, practitioners, and community members alike. Here are a few examples:

Rhiannon Meyers wrote a year-long series called “Cost of Diabetes” in the Corpus Christi Caller-Times. Although Corpus Christi’s county has the highest rate of amputations in America, the disease was long ignored and hidden. The series included three solutions-oriented stories of communities in other parts of the United States that had more successfully dealt with diabetes care. Meyers said: “The solutions stories... probably got the most feedback and they were the most controversial—I think, in part, because they ruffled the feathers of providers in this community... [They] were probably the meatiest of all of the stories in the series. Those were the ones that sparked the most conversation here about what we can do differently and what we are not doing now.”

By showing that something is working in one place, it takes away the excuses for failure elsewhere. At the dawn of the millennium, HIV/AIDS drugs were so expensive that the virus was essentially considered a death sentence in the developing world. Tina Rosenberg wrote a story for The New York Times Magazine in 2001 that investigated this problem, but through a different lens. She discussed how Brazil had reduced HIV/AIDS drug prices significantly and how it was managing the complex treatment regimen. It also brought an investigative lens to expose the behavior of U.S. government officials and pharmaceutical companies. Rosenberg’s piece made many decision-makers question the assumptions then used to justify high drug prices, and has been cited as a factor that contributed to the creation of the Global Fund to Fight AIDS, Tuberculosis, and Malaria.

The 100,000 Homes campaign was trying to dramatically increase the placement rates of chronically homeless people across the country. In the second year, it became clear that the campaign was not on pace to achieve its goal. Then its leaders read a New York Times “Fixes” column about Rapid Results, a strategy for challenging a community to mobilize and organize itself to achieve bold goals in 100 days. The campaign got in touch with Rapid Results and adopted it as a core strategy, implementing it in communities across the country. In July 2014, the campaign announced that it had met its goal of housing 100,000 chronically homeless people. Organizers say that success was directly attributed to its work with Rapid Results.

Milwaukee Journal-Sentinel reporter Meg Kissinger has covered mental health for much of her career. But the biggest impact of her work came from her 2013 series, “Chronic Crisis,” which documented how patients continued to die of abuse and neglect, and also reported on methods for reforming the system. Immediately after the series, Milwaukee abolished political control of mental health policy and established a non-political Milwaukee Mental Health Board, with mental health experts as members. In addition, the city’s new budget provides a large increase for mental health care. “Chronic Crisis” included three solutions-focused stories, which Kissinger said were key to the series’ impact. “It’s one thing to talk about problems, and there are many in the Milwaukee County Mental Health System, but where the real value comes for readers is to know how does another community tackle something and turn something around,” she said.

What if Michael Lewis had decided to tackle the issue of the distorting effect of money in baseball by focusing on a team that had very little—and was a constant loser as a result? Would anyone have read it, or learned from the story? Instead, he took a solutions approach—and changed the sport forever with Moneyball.

“The response that we've gotten from readers has been amazing...we’ve got people talking in a way that they weren’t talking before. Dialogues are happening that weren’t happening before.” 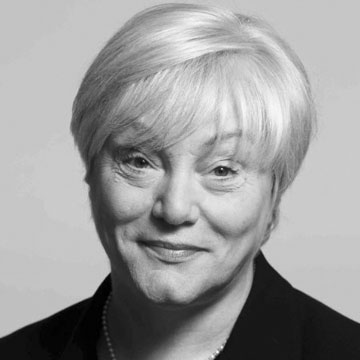 Blerg! This feature is exclusively for members.
Fret not: joining is faster than Michael Jordan’s exit from baseball.

I WORK IN, TEACH, OR STUDY JOURNALISM Not a journalist, but I want to learn about solutions.

AS A MEMBER, YOU WILL BE ABLE TO:

Here is what you will get:

It’s easy and will take less than 2 minutes.