These five screenshots shows how to use the concept of positive deviance to tell a series of revealing stories about a major killer in the United States - transport deaths. 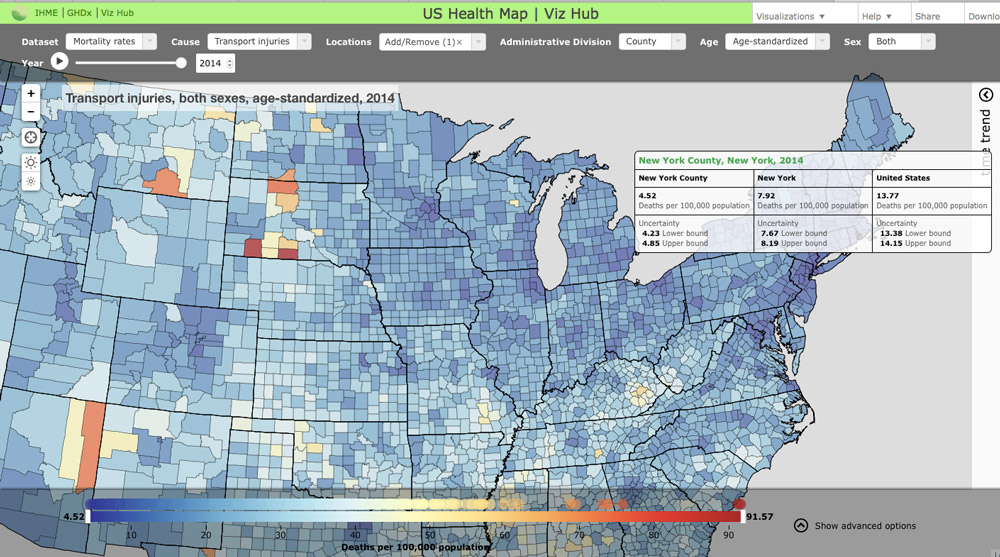 Is Manhattan a positive deviant? Are its residents the safest drivers in the United States?

Well, if you look at other statistics, it turns out that Manhattanites got their top ranking only because they rank at the bottom on how much people drive. That's another way New York County is a positive deviant. 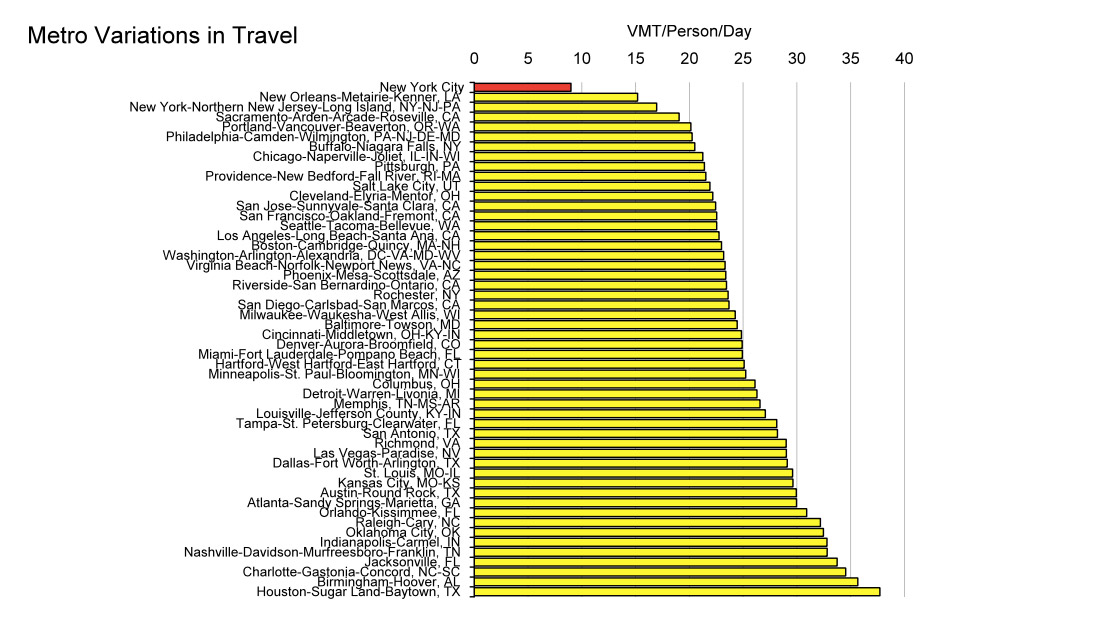 Chart Two is Vehicle Miles Traveled per Person per Day. This shows that New Yorkers drive far fewer miles than residents of any other major city in the United States. If you take this into account, New Yorkers aren't necessarily great drivers - they just drive far less than anyone else. Drive less, and you have fewer traffic fatilities per person. If the Transport Deaths chart was per mile driven and not per person, Manhattan would come out much worse. 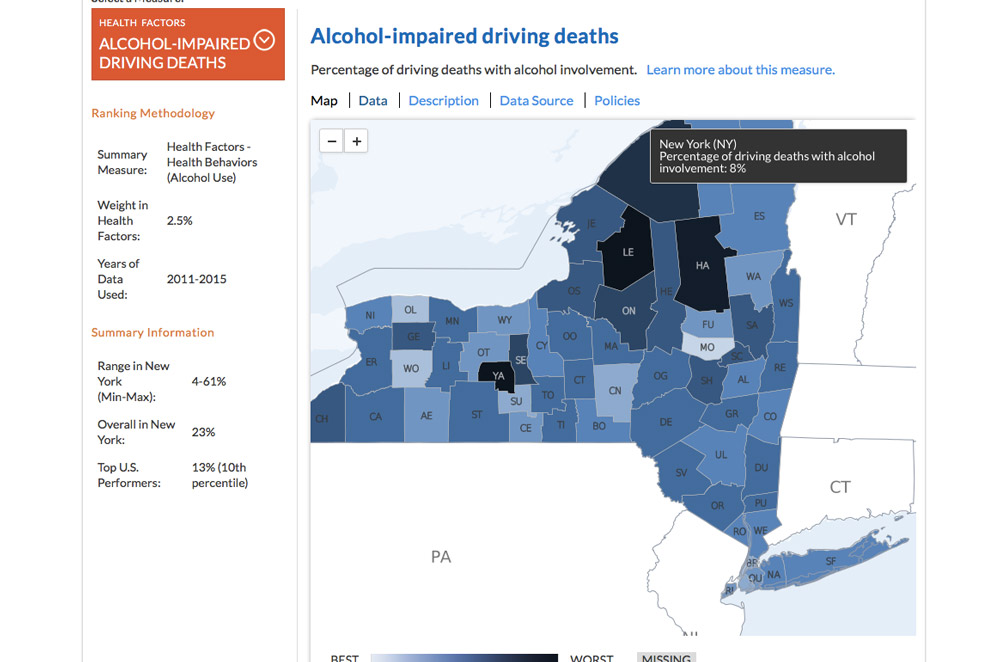 The chart shows counties in New York state only, but you can see the pattern-urban New York City (Kings, Bronx, Queens and New York counties) counties had low rates of alcohol-related deaths as a percent of traffic deaths, and Manhattan had the lowest. (There were two other counties in New York state with lower rates, but these were tiny, with few traffic deaths and only one alcohol-related death. So these are statistical quirks.)

Why so few alcohol-related deaths? Because much of the time when a Manhattanite is in a car, he's not driving; a (presumably) sober professional is. The low rate of car ownership and high use of taxis and public transport mean that no one has to wrestle the car keys out of the hands of someone who's had too many margaritas. She likely never had any keys to begin with. Since alcohol-related deaths are a big part of overall transport fatalities, this is another reason for Manhattan's top ranking. 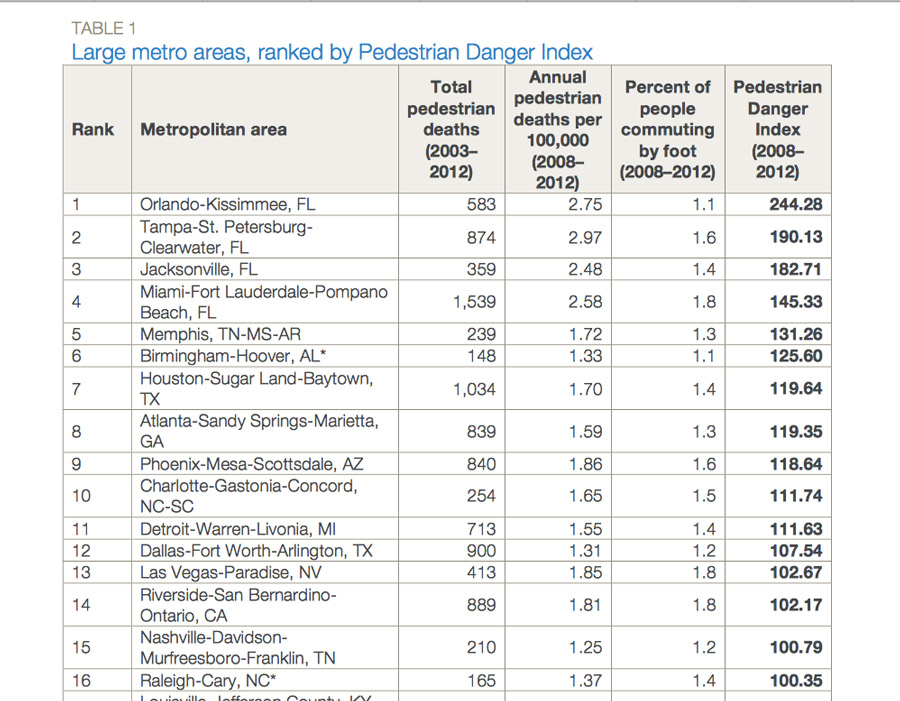 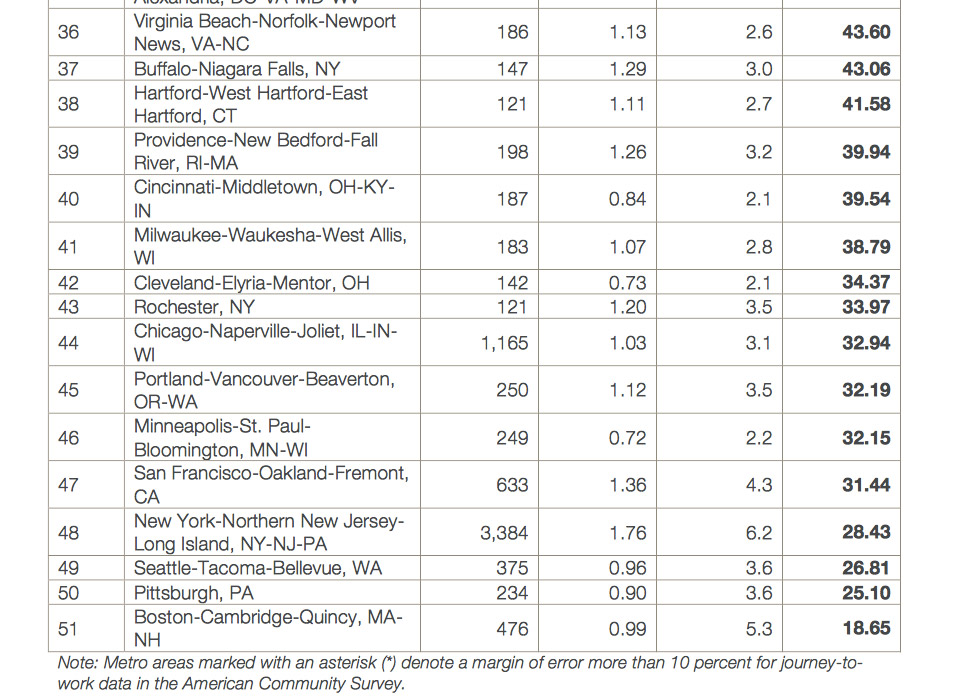 And the last way Manhattan is a positive deviant can be seen in Chart Four and Chart Five, both from the Pedestrian Danger Index. The most dangerous cities for walkers-starting with Orlando, Tampa, Jacksonville, Miami and Memphis-are Sunbelt cities where very few people walk. That's not a coincidence. Sunbelt cities were constructed to allow cars to go fast-and that's dangerous.

Northern cities such as New York and Boston, by contrast, were built before cars existed. So they were constructed for pedestrians, public transport and, umm, horses. Cars were an afterthought. They can't go very fast, and therefore they kill fewer people.