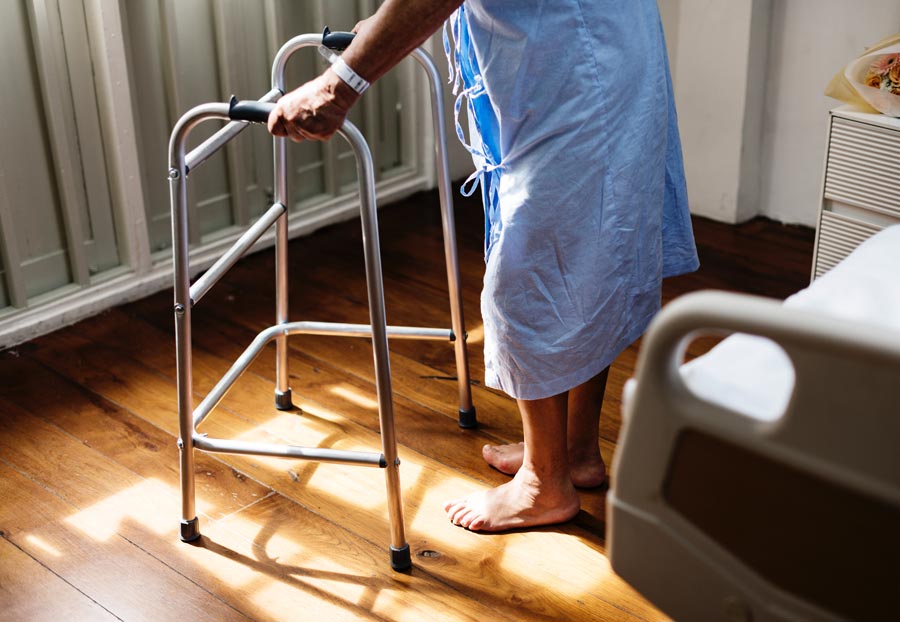 WHAT SHOULD I INCLUDE?

On the question of what to include, the guideline should be: what's new to my readers?

If the big problem is very widely known and familiar to readers then, you can summarize the basics in a sentence or two. But if the small slice of the problem that's relevant for your solution story isn't widely known, then you need to spend time there.

Say you're writing about a new way to help people with HIV take their medicines correctly. You don't need to say much about HIV - perhaps one statistic about the dimensions of the problem in your area.

But you're really focusing on a small slice of the HIV problem: people forget to take their drugs, or deliberately skip doses. The average reader probably doesn't know about that, so you'll have to go into some depth about how common it is and the consequences it brings. This serves two goals: it introduces the problem to readers who might not know about it, and it provides your justification for choosing to focus on this small slice.

WHAT SHOULD I PUT IN FIRST?

Start with the problem? Or with the solution?

You can organize a solutions story either way. Look at your reporting and decide what makes the best lede. Do you have a great anecdote that will hook the reader? One that's understandable without a lot of explanation? Then start with that.

Or you can combine them - even in the lede.

Here are four examples of different kinds of good ledes for solutions stories:

This compelling and moving lede kicks off a solutions-focused series in suburban Chicago's Daily Herald about the stress experienced by parents of disabled adults. It's a hidden crisis, so writer Marie Wilson chose to lead with a dramatic example of the problem.

The details haunt him. The death seemed to touch every facet of his own life.

An eighth-grader in the school district where Boisse sits on the board. Severely autistic. Drugged and stabbed by his mother and godmother, who also tried to kill themselves.

Boisse, the CEO of a Lisle agency for people with disabilities, knew he had to do something. To him, the death of the boy in River Grove was gruesome, tragic, unthinkable, preventable. And it's hardly the only one of its kind.

Since that killing in 2013, a disturbing trend has emerged in the suburbs among a small number of caregivers for people with disabilities who often are unable to get all the help they need -- or any help at all. Boisse sums it up like this:

"It seems like we have parents who are reaching the end of their resources, and the only option they're seeing is to make the pain stop and to do that by taking the life of their child," he says. "And then themselves."

Lindsay Anderson of the El Paso Times chose to start with a solutions lede for this article - part of a solutions series - about how Brownsville, Texas, has become a national model for fighting obesity. Brownsville's obesity is old news, but its responses are fresh. So she started the most cinematographic of those:

BROWNSVILLE, Texas - No roar of cars reverberates down this stretch of a downtown Brownsville street one March afternoon.

Only the quiet swoosh of a passing bicycle can be heard, scattered with occasional shouts of "por el derecho!" as cyclists tell others along the path that they "will pass them on their right side" as they meander the shuttered streets.

Along with the adults, kids put their training wheels to the test, speeding by palm trees and homes. Parents push strollers; couples bike together, a Chihuahua pup in one bike basket.

They're enjoying a two-mile stretch of roads that is car-free for an afternoon for Brownsville's first CycloBia of 2016. The free public event is held six times a year, and is part of the city's effort to get its residents to exercise, eat better and live a healthy life.

This piece from The New York Times' Upshot section shows both together: Someone is in the midst of a very common health problem, which is being dealt with by the response.

Virginnia Schock seemed headed for a health crisis. She was 64 years old, had poorly controlled diabetes, a wound on her foot and a cast on her broken wrist. She didn't drive, so getting to the people who could tend to her ailments was complicated and expensive. She had stopped taking her diabetes pills months before and was reluctant to use insulin; she was afraid of needles and was worried that a friend's son, a drug addict, might use her syringes to inject them.

She was, however, able to make a phone call. And one day in October, in the offices of Iora Primary Care in Seattle, Dr. Carroll Haymon and Lisa Barrow, a "health coach," huddled around a speakerphone, talking to her. Ms. Schock had recently become a patient of the practice, and the three discussed her problems - personal, financial, logistical - for nearly 45 minutes. At one point, Dr. Haymon asked why Ms. Schock had stopped taking her diabetes medication. The pills, Ms. Schock said, were too big, and they stuck in her throat.

"We can talk to the pharmacist," Dr. Haymon said, gesturing for Ms. Barrow to add that to her list of follow-up actions. Ms. Barrow did and was able to find a version of the drug in a smaller size.

And here's a radio story from NPR that doesn't start with an anecdote. Instead, it states the problem and shows the beginnings of a response:

When Jeff Brown opened his first grocery store in a low-income neighborhood in Philadelphia back in 2004, it seemed like a long shot.

Most people thought he was crazy to even attempt to make money in a food desert like Southwest Philly, he says. Other grocers had tried and quickly gone out of business.

But Brown - a fourth generation grocer whose company, Brown's Super Stores, is part of the larger ShopRite franchise - tried a different approach: "Before we did anything, we brought together a group of community leaders, and we just asked them to tell us exactly what it is they were looking for in a neighborhood grocery store," he tells The Salt.

It worked: Brown's company now operates seven profitable supermarkets in low-income neighborhoods in and around Philadelphia. Along the way, he's learned a thing or two about what it takes to change shopping and eating habits in food deserts.

HOW DO I ORGANIZE MY STORY?

One advantage of this structure is that is allows you to get into the How - so important for good solutions journalism. Emphasizing the "How" not only makes this journalism more useful, it boosts credibility.

Obviously, there are other ways to organize a story. Here's a short and simple radio piece - another one by Stephanie O'Neill at KPCC in Los Angeles. It's on how to solve a problem most people aren't aware of: dying people who want hospice care can find themselves dragged into the hospital by paramedics.

FROM THE STORY TRACKER