Registering allows you to:

The roots of violence run deep in American society. By any measure, our society is one of the most violent in the developed world, and reporting on guns, homicide, assault, and gang behavior can give rise to feeling that the problem is insoluble.

The reality, of course, is that these issues are profoundly challenging. Yet it’s also true that many communities have come up with effective responses to prevent or curb violence. Violent crime in the United States has, after all, dropped by more than 40% in the last two decades.

So, which lens should we apply? Much depends on the impact we’re trying to produce. The Chicago Tribune’s ongoing visual project, “Under the Gun,” has for three years documented the effects of persistent gun violence on that city’s poor minority neighborhoods. It’s powerful and relentlessly grim stuff, intended to drive awareness and outrage.

The Fayetteville Observer in Fayetteville, N.C. – a city that boasts among the nation’s highest rates of property crimes, larceny, and burglary – took a different approach. Having decided that continuing to document the city’s crime problems wasn’t changing anything, The Observer sent reporter Greg Barnes on the road to surface and assess responses to violence in other cities across the south – from community policing and solutions for housing blight to interventions with high-risk offenders. The resulting reporting was no less clear-eyed than the Tribune’s – but it fed a very different sort of conversation in Fayetteville about what could be done to confront local crime.

Violence is, of course, about more than just guns: Covering the issue expertly means exploring a complex constellation of interrelated issues. Adverse childhood experiences, from abuse and neglect to witnessing violence, have been shown to have longlasting effects similar to post-traumatic stress disorder. And our disjointed and often dysfunctional mental health system can help feed the escalation of crisis situations. The school-to-prison pipeline is well-known: Failures of discipline in the classroom can isolate kids, send them to juvenile court or drive them to drop out, leading to a cascade of bad consequences. 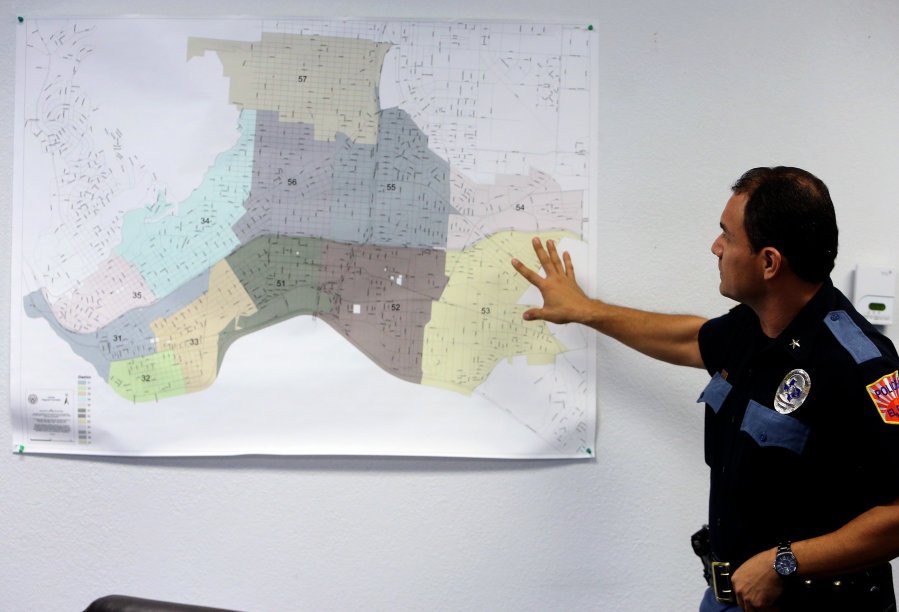 Increasingly, though, communities are confronting these issues with some success. And reporting on those efforts can yield valuable insights. “Behind Broken Doors,” a reporting project launched by The Corpus Christi Caller-Times in 2015, explores the correlation between homicides and domestic violence in Corpus Christi, hoping “to inform and engage the community to reverse the deadly trend.” Looking at the ways other cities had dealt with this issue, reporters Beatriz Alvarado and Krista Torralva found a program in El Paso that began in 2008, focused on building a case against a domestic violence suspect quickly after the crime took place, along with other reforms. The El Paso story, “A Path to Change Domestic Violence, appeared in October 2015. That story pointed them to two others, one in New Haven, Ct., where police officers and clinicians from Yale’s Child Study Center partner respond to and follow up with children who have experienced or witnessed trauma. The reporting led to “New Haven police’s approaches aids children of violence” in February 2016. The paper also published three stories based on Minnesota reporting, including “Officials: ‘Woman’s state’ curbs domestic violence.”

Torralva says Corpus Christi has instituted several changes based on solutions the paper had reported on, like doing assessment interviews with victims and then putting them on the phone with women’s shelters. Jennifer Killin-Guadarrama, the deputy city editor, adds that, while the toll in the city from domestic violence remains basically unchanged, “what has changed is the conversation. People are now more frequently and more publicly talking about what used to remain ‘Behind Broken Doors.’ The reporting also led to the creation of a monthly coalition with the sole task of creating and implementing solutions to our deadly issue.”

In this guide, we’ll explore how journalists can use solutions techniques to enhance their coverage of the beat with concrete reporting tips and potential avenues of inquiry. We’ll explain some of the most urgent challenges facing our communities, pointing to opportunities for high-impact solutions reporting. And we’ll walk you through actual solutions stories about violence—and hear from reporters and editors who are already using a solutions framework regularly in their work.